Voicelessness / On being absent 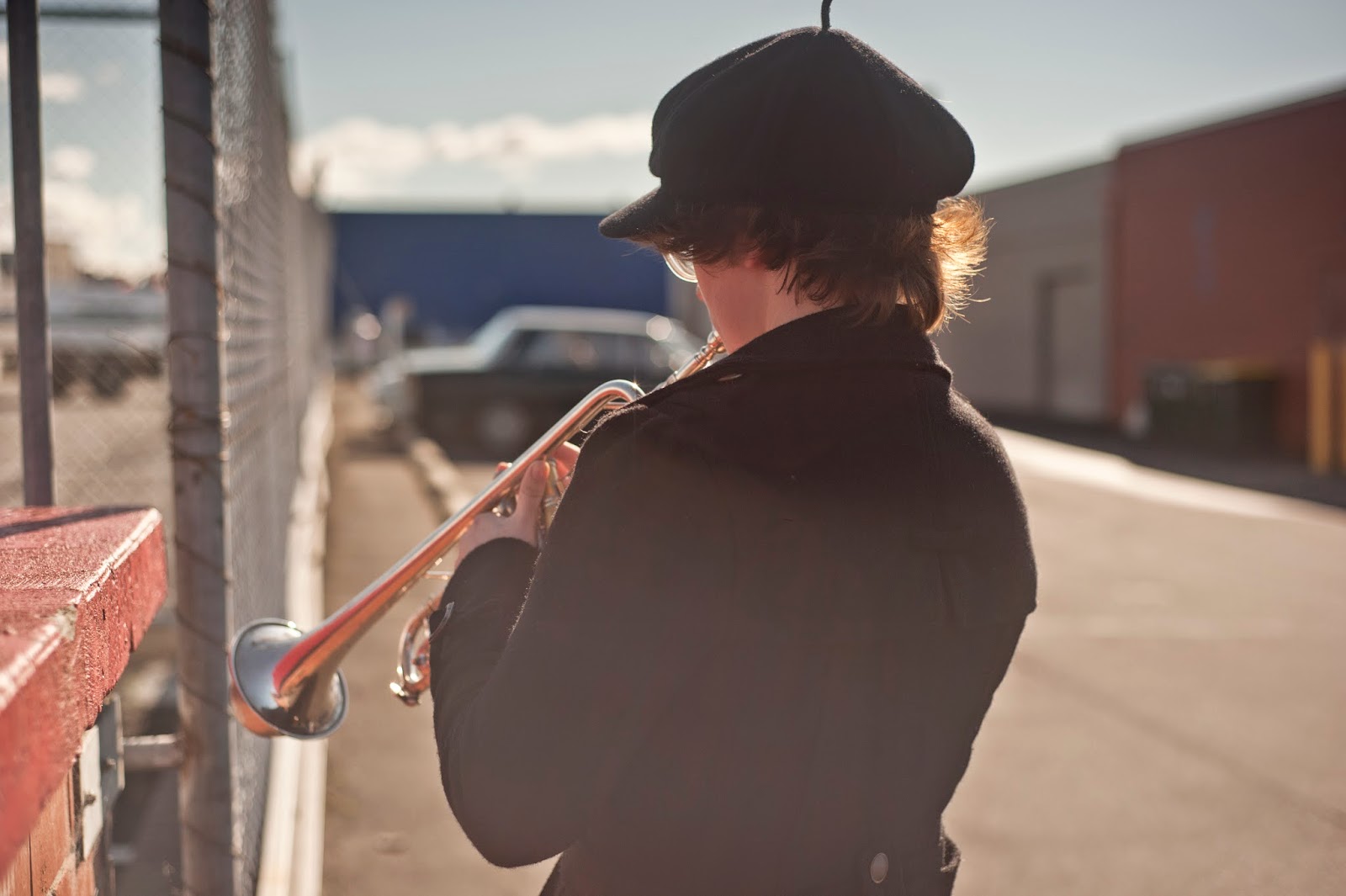 Voicing thoughts on voicelessness and being absent for Unkept


Photographs by Liam James: documentation from the work, Wind Poem for a Cobweb - performance in 5 parts, as part of Unkept exhibition 2014. 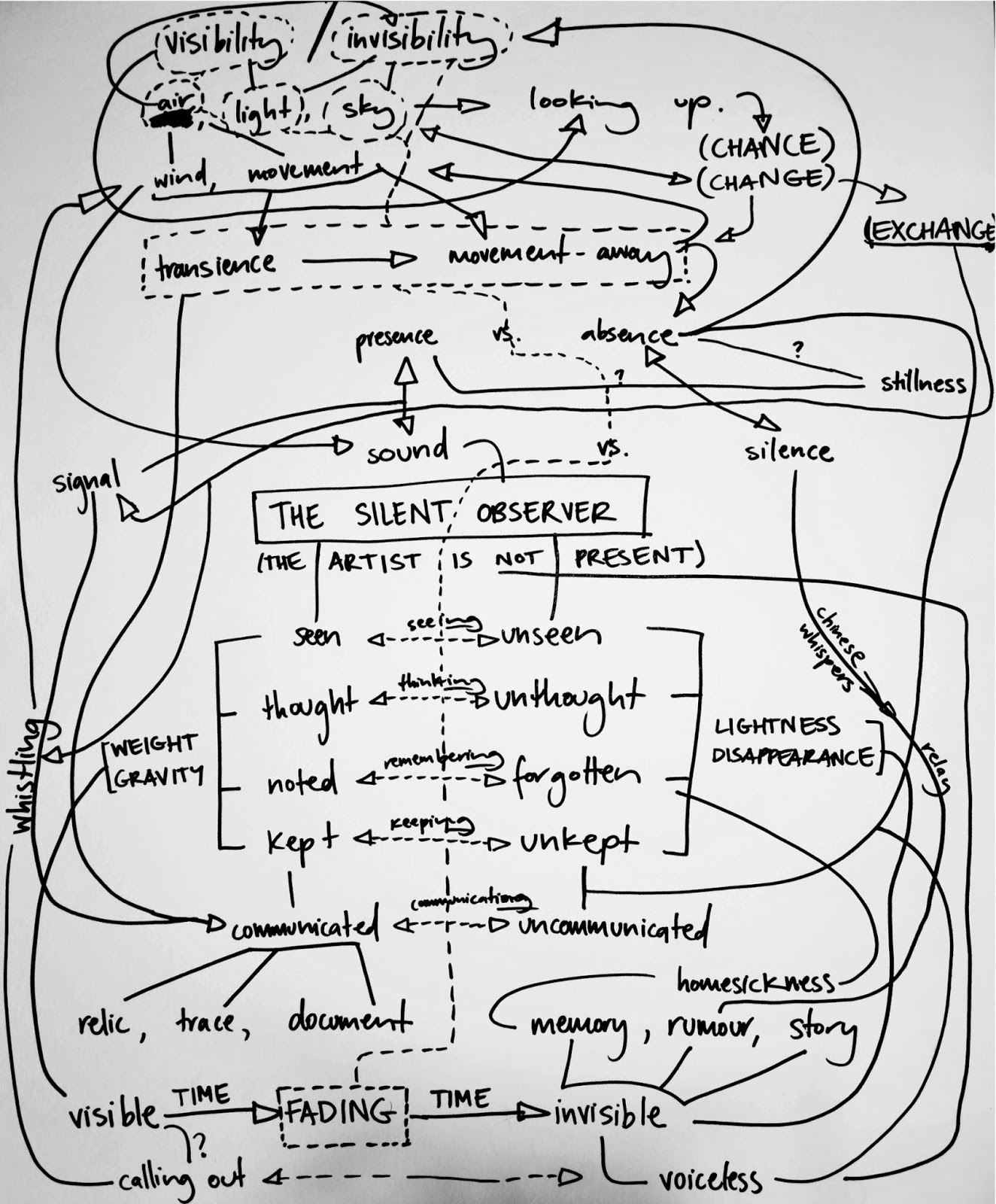 When Polly asked me to contribute a hand-written letter to the artist talk, I didn't really feel like writing a letter, but I had drawn a map of my ideas behind the works in the show whilst on a train and decided to send her a copy of that instead. I did it to help me get down some of the recurring thoughts I had had about the various works as they were developing, and then to see what connections were there between them all. In the end it felt like everything was getting too connected, man. But I guess that's just how art practices go... 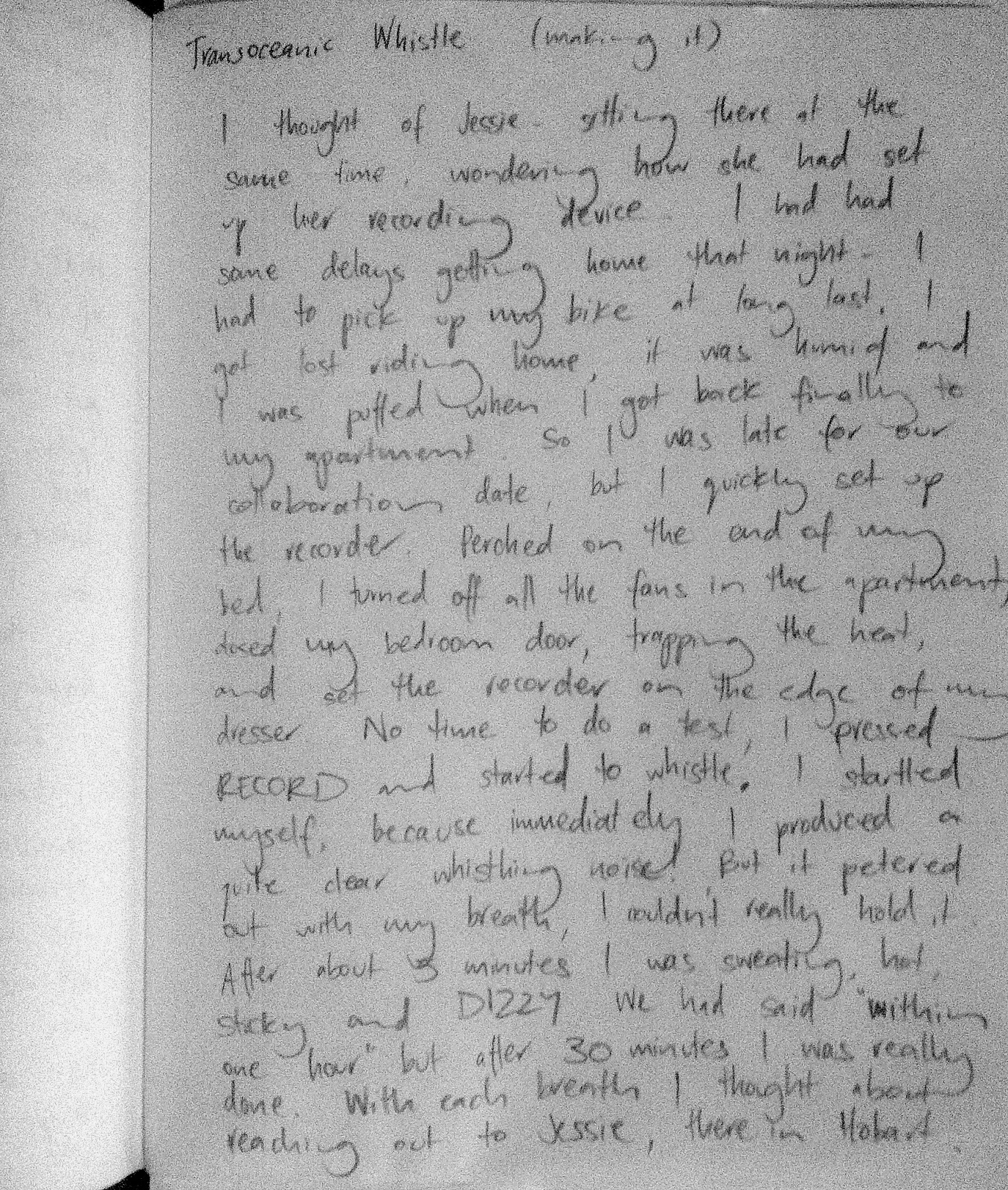 Claire:
I'm thinking about a sound work that's a dialogue between you and me, where we both record ourselves attempting to whistle to each other. I have thought a lot with this exhibition about communicating back home, the absence/presence thing, how we can play off the fact of our distance and make a work out of it. And I love that neither of us can whistle, I think that's a pretty interesting discovery. In my mind the work would be like a calling out to each other, but also a camaraderie in our lifelong inability to whistle - a way of making something kind of beautiful and funny and sad out of it.

Jessie:
I also like the romance of wind blowing across the ocean. I was making/thinking about flags alot last/early this year - prayer flags from Mongolia and then maritime signals - which also led into thinking about ships and their sails - and thinking about how the wind plays an important role. Without it they would all just be pieces of fabric. I also come from a family of sailors so I guess I think about yachts and sailboats with the wind and the sea too.

Communication:
In La Gomera in the Canary Islands they use whistling to communicate across the deep ravines and narrow valleys that radiate through the island:
"This method of communication, in which the Spanish language is replaced by two whistled vowels and four consonants, has a peculiarity perfectly suited to this landscape of deep valleys and steep ravines. It has the ability to travel up to 3.2km, much further and with less effort than shouting."

Superstition:
Whistling at night is thought to attract bad luck.
Whistling indoors is supposed to bring poverty.
Whistling on board a ship in a calm will bring the wind but to whistle on board when the wind is blowing is to bring a gale.

Time:
At opposite ends of the day.
Within an hour of a specified time.
Is there a particular time important to sailors?

Whistling in the wind:
The work in itself being a futile attempt - to communicate across the world, for either of us to whistle.

Castles in the sky for Claire 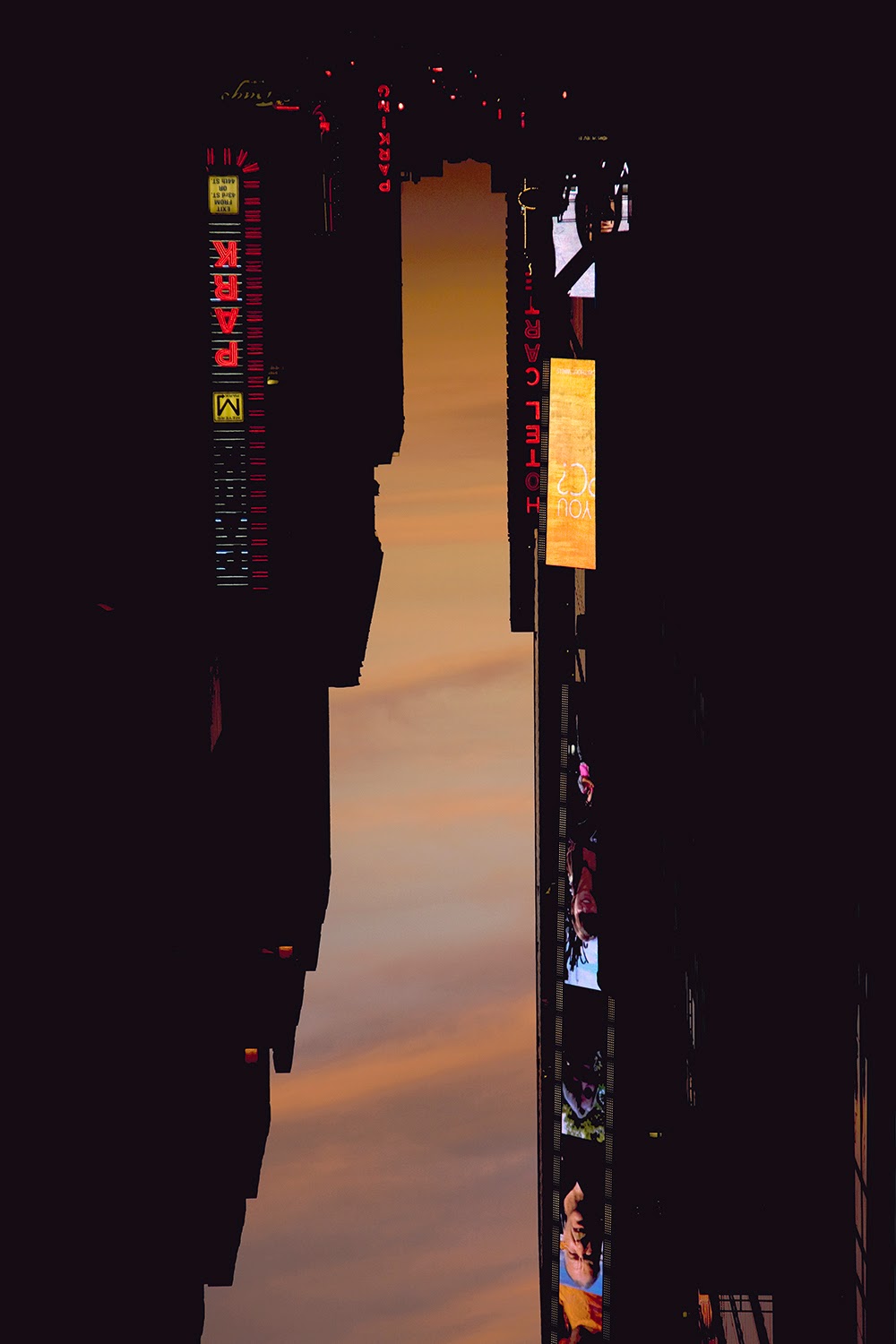 I saw this work about 10 years ago in a book of all sorts I got for Christmas one year and it has stuck in my memory ever since because it is such a simple and beautiful idea, and Adelaide's buildings are not tall enough to have this effect. Your talk of the sky, and of being in New York made me think about it again.

I'll try and find it in the book, but from memory, someone made cookie cutters from the shapes and baked cookies so people at the opening were eating pieces of the sky.

Perhaps something along these lines is a way we can have a piece of NYC in Hobart or vice versa?
Posted by Unknown at 23:12 No comments:

Since the sky has been mentioned...

Clouds are associated with cosmology, but also inner states. It is this combination of indeterminacy, space, and interiority that [...] make us think not only about form and vacancy, mobility and change, but also about the peculiar realm of affectivity that we call "mood." Whether we feel uplifted or depressed, we tend to take the ups and downs of internal states for granted - so much so that we scarcely notice them. Mood is like the weather, changing and unformed, yet always with us. In classical landscape painting, weather and mood tend to converge on the drama of the sky. A cerulean sky spells calm; dark clouds indicate tempestuous events or passions. But in temperate climates, we most often experience an in-between state that is subject to subtle fluctuations of brightness and shadow, transparency and opacity.

(All of this I have to take in with my eyes,
But it will not let itself be grasped by thought). 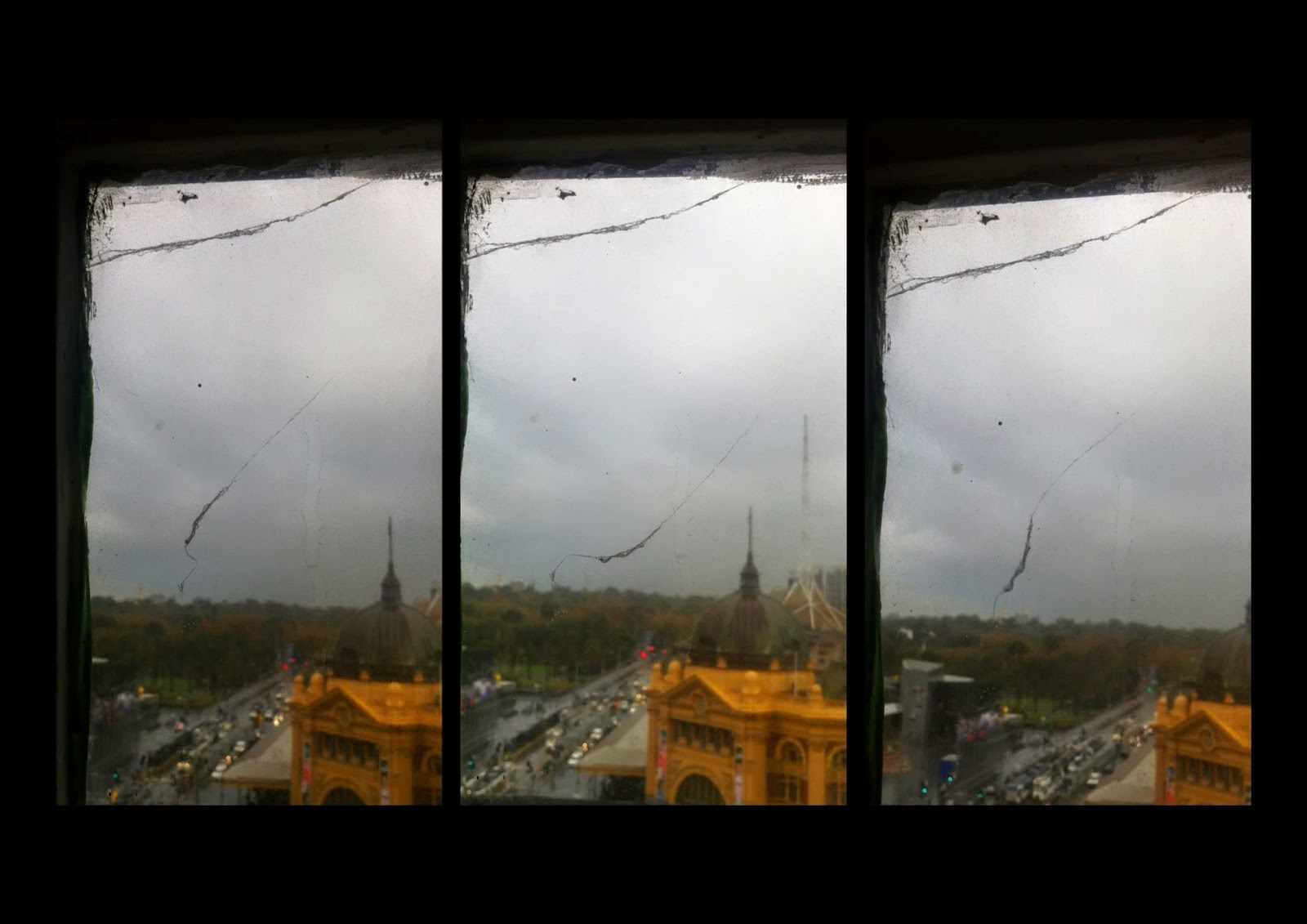 The threshold of visibility has always been a recurring interest in my art practice, although I probably rarely mention it as a defining aspect of my work. In a recent email to Lucy Bleach in relation to the essay she is writing for the Unkept catalogue I talked about invisibility to her in the context of the air/wind and its visibility through the cobweb. I reminded her of a project I had done in Melbourne two years ago, which she had actually visited, where I sat in a chair at Blindside ARI and meditated on the notion of inspiration, while staring out the window of the gallery, waiting for it (inspiration) to arrive. The project was called Lines of Flight and I kept a blog during its three week duration (also coincidentally it was during this project that I made a work on the light on the wall with white chalk). I revisited the blog to find for Lucy the bit where I had observed a cobweb flapping about on the window, and came across two posts dedicated to thoughts "On Invisibility" (here and here, if you want to read more) - so I realised it has been a prominent thought for some time now...

Air is only apparent to us when it is manifested through other things, such as: smells, dust in the light, movement enacted upon something (such as wind on a cobweb)... etc. And like you said Jessie, without the wind in it, a sail is only a piece of cloth. I also quite like the idea of the potential embodied in a sail or a flag though, whether or not it is  realised. Maybe that's something for another project entirely - it'd be interesting to make a catalogue of objects that embody that kind of potential, whose purpose is to be activated by something invisible (like wind). But that's a bit of a sidetrack.

In another project, earlier still, titled That which is breathed or blown, I explored the manifestations of air and light via walking, observing and mapping - using the gallery space as a working hub, where the artifacts of this exploration were installed/arranged/distilled and experienced by the viewer. The title though, came from the word 'pneuma' which means literally in Ancient Greek, "that which is breathed or blown" and refers to a certain intangible life force, which in a literal sense could be understood as the breath, or air, but has also been used in a spiritual sense to refer to the life-giving spirit or vital essence of our being.

Inspiration is interesting too in relation to the breath, another thing that has been coming up in preparation of this Unkept exhibition. Inspiration, as in, to draw breath. Expiration also meaning exhalation. The interlinking of air/light/breath/wind and ghosts/spirits is particularly interesting to me. There is a definite relationship between the two fields, and I believe it is to do with the threshold of visibility that they occupy. When a gust of wind slams the door shut it could indicate ghostly activity. A flash of light at the corner of your eye, or strange light formations in a photograph might be a spirit. Inspiration in the Romantic era was often described as a kind of transcendental intervention, or an otherworldly illumination - the ability to 'tap in' to some higher source of knowledge and purity. In this vein we could logically go on to say that if inspiration is the drawing of breath then inspiration in the other sense of the word is like the breathing in of creative energy, or spirit; and exhalation, expiration, is the breathing out of this to create new forms, or to breathe life/spirit into something - to animate that which is static.

What if ghosts were considered, rather than as beings or entities, in more every day terms as extra-perceptive presences, matter that exists at the periphery of our sensory limits, phenomena that occupy the space between appearance and disappearance?


*sorry my posts seem to be getting longer and more rambly!
Posted by Claire at 07:21 No comments: